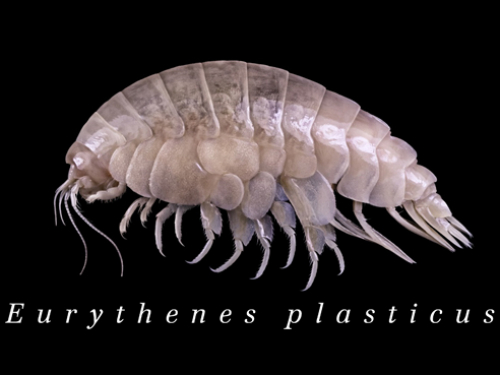 Discovering new marine species shows how much is still unknown about our oceans.

Last year saw almost 2,000 new marine species identified. The National Oceanography Centre (NOC), in collaboration with The World Register of Marine Species (WoRMS) and other scientists around the globe, has narrowed this down to a few incredible creatures which have made it to the WoRMS annual top-ten.

The list is chosen to reflect the immense diversity of animal groups in the marine environment, and includes fish, crustaceans, molluscs, corals, sponges, jellies, and worms.

Importantly, it highlights some of the major challenges facing the marine environment.

This year the top ten includes a well-camouflaged pipefish, a beautiful branching bryozoan, and the Giant Plastic Amphipod which was discovered with plastic waste in its digestive tract in the deepest place in earth, the Mariana Trench.

The NOAA Office of Ocean Exploration and Research team on NOAA Ship Okeanos Explorer was southwest of Hawai'I when it came across a seascape filled with strange and beautiful, alien-like creatures – glass sponges.

Among these, growing along the sea floor two kilometres from the surface was the new species, Advhena magnifica (Latin for ‘magnificent alien’). Named the E.T. Sponge because of its appearance, the sponge is an animal with a body filled with intricate canals and large openings that face into the current to filter minute particles like bacteria.

This small species has come to symbolise our huge environmental impact on remote parts of the world.

The scavenging amphipod crustacean was discovered 6-7 km below sea level in the Mariana Trench in the Pacific Ocean, the deepest place on earth.

While every new species is an achievement for science, one of the 11 specimens found had microplastic in its digestive tract. It was 84 per cent similar to PET, the main polymer in plastic bottles.

It is the first time plastic has been documented in a new species – given the name ‘plasticus’ to symbolise the omnipresence of marine plastic pollution. 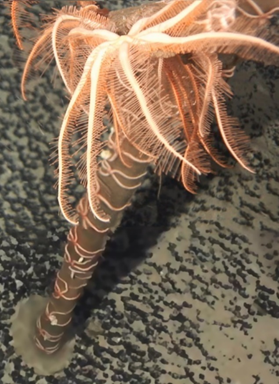 This new species of starfish was discovered deep in the north-western Pacific Ocean at several locations up to 3 km below the surface. Pink-red in colour, it has seven slender arms unlike the more familiar five-armed starfish.

Copepods are small crustaceans found in all marine and freshwater habitats. Many are herbivores or predators, but there are thousands of species of parasitic copepods, like this new species, which lives in and grows into the nostrils of one species of skate. It was discovered in waters off Argentina.

This yellow sea slug was first noticed and photographed in 2014 by a diver in Trondheimsfjorden, one of the largest Fjords in Norway, and again three years later.

It took several years and concerted efforts by scientists and outdoor enthusiasts to collect samples and discover it was indeed a new species.

This newly-discovered species belongs to the Gyrocotylidea group of just 17 species that are distant cousins of all other tapeworms.

These gyrocotylideans differ from other tapeworms in body shape and have a complex organ, called a rosette, at their tail, hence the name: upside-down tapeworm.

They live in the intestines of holocephalans, a group of cartilaginous fish also known as ratfish, chimeras, and ghost sharks, the distant cousins of sharks and rays. 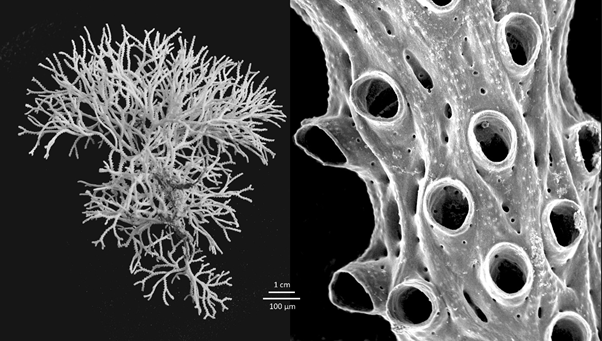 Bryozoans live in aquatic environments worldwide. Different species are found in a variety of forms, from encrusting types that grow on a substrate such as rock, shells, or seaweeds, to those that build coral-like exoskeletons.

This new species is one of the beautiful branching bryozoans and is found in the Mediterranean.

Tardigrades, also known as water bears, are microscopic animals known for their ability to survive extreme conditions of temperature, pressure, starvation and dehydration.

This tardigrade was discovered in sandy sediments in the inter-tidal zone of a bay in Roscoff in France that falls dry at low tide, demonstrating the exceptional diversity of these creatures in tidal zones. 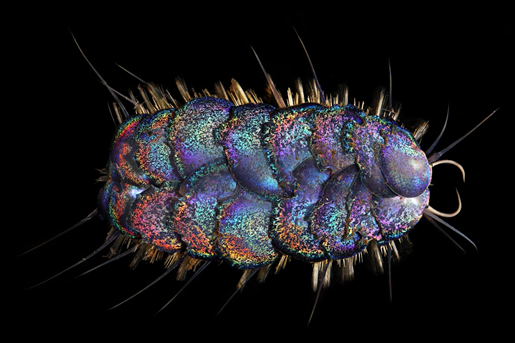 A group of remarkable scaleworms native to deep-sea chemosynthetic-based ecosystems, including methane seeps, hydrothermal vents, and organic falls (such as whalefalls), scaleworms have evolved to tolerate low oxygen levels by having elaborate gills under their scales.

For many years nicknamed ‘Elvis worms’ because of their sparkly scales, this nickname is honoured by the naming of one of their new species as Peinaleopolynoe elvisi.

The discovery of this colourful new species of pipefish shows just how much we still have to learn about the diversity of fishes in southern Australia, and how easy it is to overlook such well-camouflaged animals.

Living among red algae and sponges, the Red Wide-Bodied Pipefish, Stigmatopora harastii is known in just three areas in Australia; Botany Bay, Shellharbour, and Jervis Bay, where it lives in semi-exposed bay entrances and ocean embayments in sandy areas, interspersed amongst rocky reefs.

Tweet
Published in On the radar
More in this category: « The Suez Great Bitter Lake saga Special measures: We need to be alert to shipping security »
back to top