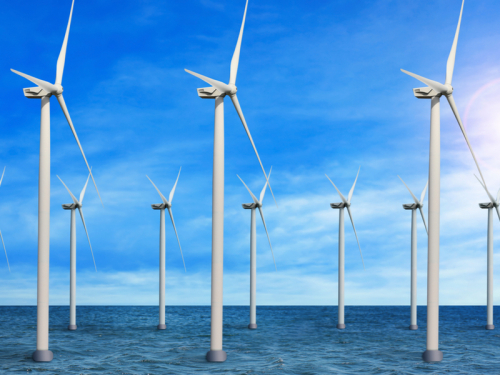 The commercial potential for marine technology companies to succeed within the offshore wind power sector is now, clearly, enormous.

The EU’s recently published Blue Economy Report 2021 outlines how European offshore wind projects attracted record investments of €26 billion in 2020, up from €6 billion in 2019, and sets out a strategy to increase EU offshore wind capacity from its current level of 12GW to a massive 300GW by 2050. It will make offshore wind Europe’s primary source of electricity.

A major milestone for one innovative company making strides in the sector – Madrid-based offshore engineering specialist Seaplace – was reached earlier this month when Lloyd’s Register (LR) granted Approval in Principle for the active ballast control system it intends to use on its proposed CROWN floating offshore wind platform concept.

The ballast control system can be used to ballast and de-ballast a CROWN platform to change it from transport draft to operational draft, and vice versa.

It can also be used to partially or fully compensate the mean tilt produced by wind loads on the structure and stabilise the platform should a compartment or component, such as a valve or pump, fail for any reason.

The LR Approval in Principle allows Seaplace to move forward with the construction and testing of a full-size demonstration concept.

The CROWN project – known officially as ‘Motion Reduction of a Concrete Reduced-draft spar for the Offshore floating Wind industry’ – is designed to help reduce the capital and operational expenditure for floating wind-farm infrastructure by simplifying the manufacture and installation of platforms.

Launched in 2019, it is a joint R&D initiative set up between Seaplace, the University of Stuttgart, and sowento – a renewables energy start-up specialising in the modelling of proposed wind turbines and floating platforms.

In March, DNV gave Seaplace a Statement of Feasibility for the overall CROWN concept – verifying the system for loads analysis, structural design, stability, and global motion analysis for sea-keeping and station-keeping.

“Such innovation is essential for the future growth of floating wind power,” said Kim Sandgaard-Mørk, renewables certification vice president at DNV. “By achieving the Statement of Feasibility, Seaplace has shown to potential partners that the CROWN floating platform concept is a promising candidate for further development with a realistic chance of a return on investment.”

“Active ballast systems have been used in vessels for a long time, as well as in floating semi-submersibles in the oil & gas sector,” pointed out Dr Richard Wakefield, IMarEST Fellow and senior project manager at Flotation Energy, citing the use of active ballast systems on a number of wind farms, including the Kincardine wind farm, currently under construction 15km off Aberdeen.

Kincardine will have five, 3,000-ton floating platforms, each supporting a Vestas 9.5MW wind turbine and equipped with an automatic active ballast system to ensure the platform is kept upright at all times to maximise turbine efficiency.

“So, this is the application of a well-developed active ballast system into the new field of floating offshore wind structures.” 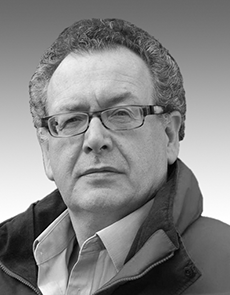 Tweet
Published in On the radar
Tagged under
More in this category: « The innovations behind the turbocharged diesel engine
back to top