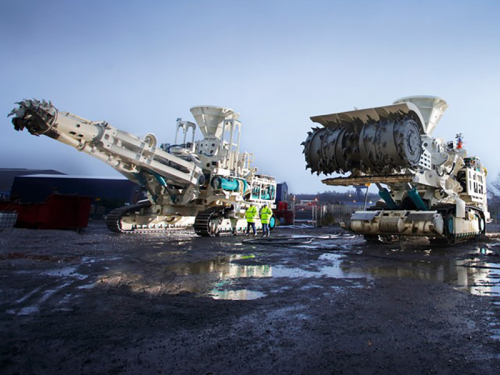 A tiny island nation has set the clock running for regulators to determine how ocean seabeds should – or should not – be used for industrial-scale mining as investors look to the Pacific for lucrative financial returns... but at what cost?

In June, the small Micronesian state of Nauru, in partnership with a Canadian mining company, announced its intention to begin exploiting the seabed within its jurisdiction – a move that has triggered a regulatory mechanism giving the International Seabed Authority just 24 months to establish clear rules on how, and whether, deep sea mining should be conducted in future.

Mining companies insist that deep-sea minerals such as cobalt, nickel, copper, manganese, and yttrium must now be sourced if increasing global demand for new low-carbon technologies – including smart-phones, wind turbines, fuel cells, hybrid cars and catalytic converters – is to be sustained.

Environmentalists and marine scientists are, though, urging caution.

A research paper published this year in the Journal of Marine Science and Engineering, concluded that deep-sea mining will present a substantial and irreversible long-lasting impact on deep-sea ecosystems – including the creation of plumes, light and noise disturbance, and chemical pollution – which will affect the surface, benthic, and meso- and bathypelagic zones.

Mining company investors have now, however, set their sights keenly on a specific part of the Pacific Ocean – the Clipperton Fracture Zone.

Stretching from Hawaii to Mexico and larger than the continental United States, the zone contains metals estimated to be worth up to US$16 trillion.

The most attractive raw materials for mining companies are the abundant, fist-sized polymetallic nodules that lie loosely on the sea bed at depths of 400m (1,300ft) to 7,000m (23,000ft), and  which contain a plethora of rare earth metals.

Deep-sea minerals would be collected using massive, self-propelled extraction machines which would strip off the top layer of sediment, including the nodules, then send it via a vacuum pipe to a surface vessel. Once the nodules are separated, the waste sediment would be discharged back into the sea.

Because deep-sea mining operations will, necessarily, be remote and highly expensive to access, regulatory oversight will be extremely difficult.

The 1982 UN Convention on the Law of the Sea (UNCLOS) – which sets out the rights and obligations concerning the commercial use of the world’s oceans, such as navigation, the construction of pipelines and laying of submarine cables – was used as the basis for establishing the International Seabed Authority when it became operational in 1994.

In September this year, the International Union for Conservation of Nature (IUCN) – made up of 1,400 representatives from government, civil society, and Indigenous peoples’ organisations in 170 countries – passed a motion calling for a moratorium on deep sea mining and a halt to the International Seabed Authority issuing any contracts for mining until certain conditions are met.

“Who benefits – and how – from this new rush towards seabed mining remains unclear,” insisted Kristina Gjerde, high seas policy advisor for the IUCN Global Marine Program. “And what constitutes the benefits to humankind is also unclear because the deep seafloor is filled with untold biodiversity – much of it vitally important to the survival of our planet.”

The IUCN is also planning an appeal to the International Tribunal for the Law of the Sea, a UN organisation, to prevent the start of any deep-sea mining.

“Trying to counter the climate crisis shouldn’t rely on ripping up a whole new part of the planet,” argued Douglas McCauley, director of the Benioff Ocean Institute at the University of California Santa Barbara. “And it makes very little sense to try and slow down climate change by obliterating deep-sea ecosystems that capture and store far more carbon than the world’s forests.”

Tweet
Published in On the radar
Tagged under
More in this category: « Battle of the paddles versus propellers Putin’s Arctic polar push »
back to top