Getting our views across at MEPC 76 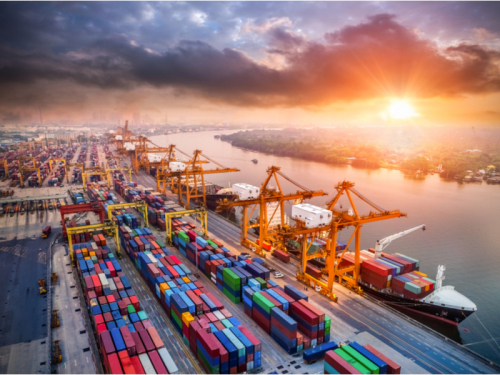 MEPC 76 in June focused on concerted efforts to tackle climate change by reducing greenhouse gas emissions from shipping – and improving ship efficiency through a new carbon index. The IMarEST was there.

With climate change now widely recognised as the most urgent issue of all, MEPC 76, 10-17 June 2021, focused heavily, although not exclusively, on plans to reduce shipping’s greenhouse gas (GHG) emissions.

It has never been more important and the IMarEST was at the virtual meeting to influence the best possible outcomes.

The IMO GHG strategy sets out measures to cover the short- and longer-term outcomes.

Before adoption of any short-term measures, a comprehensive impact assessment is needed and the MEPC 76 committee considered a report into this.

Views of the impact assessment differed. Supportive comments highlighted the value of the report to make informed decisions and considered the views of multiple stakeholders.

Others were less positive, with particular concerns around the potential negative impacts, with calls for further assessments, or the consideration of waivers – which MEPC did not look upon favourably, for the time being.

The IMarEST has expressed concerns that the impact analysis may not result in a balanced view of how the world fleet would be affected, with some feeling the effects more than others.

Our submission to the Intersessional Working Group (ISWG) earlier in May addressed some of these issues and discussed how the measures can be expected to unlock low cost, and unrealised, efficiencies.

The MEPC Committee invited the submission of new proposals on how to keep the impacts of the short-term measures under review, and how to undertake a lessons-learned exercise to inform the process.

This will be continued at the next inter-sessional meeting on GHG and at MEPC 77 later this year.

MEPC 76 looked at ways to encourage the uptake of ultra-low and zero-carbon energy sources and approved a plan to accelerate the ambition for market-based measures (MBMs).

Funding for a research and development scheme was debated – the International Maritime R&D Board and Fund (IMRB) – including suggestions for an independently appointed IMRB that would be overseen by the IMO, as well as a carbon levy.

Discussions were around policy and governance, but while the committee supports new research and innovation into low-carbon solutions, there were differing views on current proposals. Discussions on this will continue into the next session at MEPC 77.

The MEPC strategy is committed to shipping decarbonisation, and we believe this can be addressed with minimal disruptions to trade and economic development if the transition in shipping begins sooner rather than later.

The IMarEST is optimistic that it is feasible to transition shipping away from fossil fuels, equitably and with its impacts duly addressed. We will continue to contribute with input and technical expertise from our members to support this important work.

Amendments to MARPOL Annex VI, which relates to air pollution from ships, were adopted.

The new regulations will come into force on 1 November 2022. The requirements for EEXI and CII certification come into effect from 1 January 2023, meaning that the first annual reporting on carbon intensity will be in 2023, with the first rating in 2024.

New and attained EEXI ships will need to improve their technical efficiency so that they are comparable to an equivalent new build which has to comply with EEDI measures already in place.

One new regulation will require a gradual reduction of the in-service carbon intensity of ships from 2023-2030 to support goals for the global fleet to meet an average reduction of at least 40% by 2030 compared with 2008.

Anti-fouling: Amendments to the AFS Convention

MEPC 76 did have time to address other issues, including looking at scientific evidence on the harmful environmental impacts of the biocide cybutryne.

The new regulations will require ships to stop using anti-fouling coatings containing cybutryne from 1 January 2023, and to remove or seal existing systems with a barrier at their first scheduled renewal after then.

With the next MEPC (MEPC 77) session due in November 2021, and inter-sessional meetings for the ISWG-GHG planned for September and October, the IMarEST will continue to support ongoing discussions and keep our members informed.

If you want to learn more about our engagement on these issues and our work at the IMO, join the IMarEST Special Interest Groups (SIGs). SIGs are open to all members and provide a place to discuss issues with other members, as well as giving access to news and research updates through regular emails.

To join, sign in to the My IMarEST member portal, click on My Special Interest Groups and tick the boxes of the SIGs in which you are interested.

You can then join your SIG groups on Nexus, the IMarEST networking platform.

Tweet
Published in Interactions
Tagged under
More in this category: « Career advice? Learn, enjoy – and grab opportunities ‘Chartered Engineer: It’s a career milestone’ »
back to top