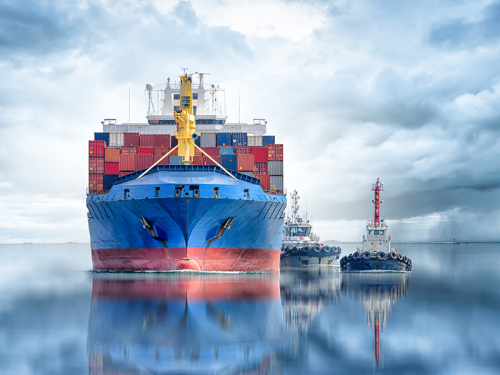 The IMarEST is supporting the call for the IMO’s Marine Environment Protection Committee to adopt a clearer target of zero GHG by 2050 – without delays.

With the global goal of keeping climate warming to 1.5°C in sharper focus than ever alongside November’s COP26 event in Glasgow, there is now an urgency around the need to do everything necessary and possible to meet that maximum temperature goal and mitigate further dangerous climate changes.

The IMO’s Marine Environment Protection Committee is proposing a resolution on zero emissions by no later than 2050 and has it on its agenda for its 77th session, which runs from 22 to 26 November 2021. The IMarEST has submitted a document for this session (MEPC 77/7/32) which builds on previous contributions made on this.

The agenda however appears to suggest revising the strategy over the next two years and delaying a final resolution until 2023.

The science is clear around the importance of that zero emissions goal, and the need to make significant reductions before 2030. It is a justifiable goal, and a stance the IMarEST supports, and which forms the basis of our formal response ahead of the 77th session [1].

New evidence on actions and ambition in shipping

The good news is the growing body of evidence of shipping industry alignment, and its preparedness for rapid and deep reductions in GHG. But does the industry have enough clarity on the IMO targets, ambition, and timescales?

Clearly not. A considerable number of companies in the shipping industry, including the biggest and best known, are joining together to call for the IMO to adopt a clear target of zero GHG by 2050, a clear path to that target, and avoid delays.

To date, 161 companies, with broad representation globally and across the diverse types of company that make up the shipping value chain, have signed up to the GtZ Call to Action calling for the full decarbonisation of shipping and its infrastructure for the IMO to commit to a 2050 target.

Of those, 46 have already made their own commitment to achieve shipping decarbonisation by 2050. Six are even more ambitious with a stretch target of 2040.

It is unsurprising that so many in the shipping industry are making these appeals due to the long asset lives of ships and related infrastructure which leave them open to significant commercial risks from any ambiguity or uncertainty.

Investment is shifting to reduce GHG

As important evidence about the viability of the zero by 2050 target, the Call to Action brings together actions (below) being taken to support that outcome, both in the shorter-term objective to make zero emission vessels and fuels the default choice by 2030, as well as the longer term 2050 objective of full decarbonisation. 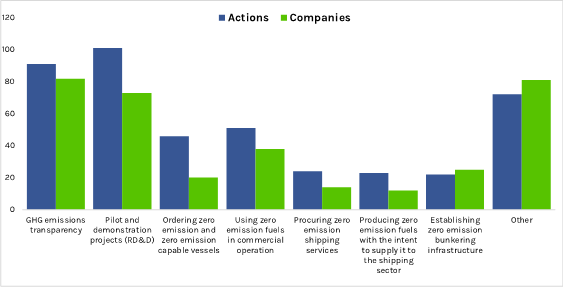 Action is being taken towards zero emissions shipping

The MEPC 77/7/1 agenda demonstrates the magnitude of the challenge of decarbonising shipping, even when targeting a 50% reduction in GHG emissions by 2050. There is a real and pressing need to rapidly increase Technology Readiness Levels (TRLs) to the level required.

Aiming for zero GHG emissions in 2050 is viable, but only with a significant increase in government and IMO RD&D support and actions, many of which are already underway.

Failure to rapidly implement mid-term measures or other measures able to support deployment later on could result in missing the opportunity to exploit early adopter actions in this decade – or worse, stall the investments currently in plan.

We are calling on the MEPC 77/7/3 proposal for a resolution which encourages and mentions actions from governments and the IMO to accelerate RD&D of zero carbon technologies.

The full submission is publicly available to read.

Tweet
Published in Interactions
Tagged under
More in this category: « Get ready for the IMarEST Annual Conference 2021 More global routes to professionalism »
back to top