Shipping gets into wind power 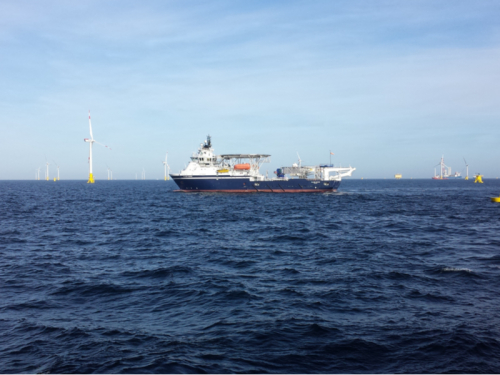 Advantages in maritime experience and expertise are encouraging leading shipping companies to diversify into the lucrative offshore energy sector.

Within days of becoming the 46th President of the United States of America, Joe Biden signed an executive order tasking his Interior Secretary to double the nation’s offshore wind capability by 2030. It’s an ambitious target that clearly recognises the global move now taking place away from polluting fossil fuels and towards cleaner renewable maritime energy.

It’s also a massive shift that promises enormous commercial opportunities for the shipping sector – not only in supplying support vessels but also, increasingly, in direct investment in innovative offshore energy infrastructure.

According to new research commissioned by the American Wind Energy Association, National Ocean Industries Association and University of Delaware’s Special Initiative on Offshore Wind, an estimated US$166 billion is now expected to be invested in offshore wind technology in the US by 2035.

The outlook for offshore energy investment is equally exciting in Europe.

Up to 18 different types of specialist vessel are now involved in the life cycle of a typical offshore wind installation.

In European waters, there are currently more than 100 sea-going vessels working on the installation of offshore wind turbines and associated infrastructure, with at least 300 more being used for ongoing maintenance.

According to the ECSA (European Community Shipowners’ Associations) up to 18 different types of specialist vessel are now involved in the life cycle of a typical offshore wind installation – used for surveying sites, construction, transportation of labour and materials, and, eventually, decommissioning.

The European Commission predicts Europe will need 450GW of offshore wind energy if it is to successfully decarbonise its energy system by 2050 – a sharp increase from the 22GW presently installed in EU waters and a target that will require the construction of 7GW of new offshore wind installations per year between now and 2030, increasing to 18GW per year from 2030 to 2050.

Japan, which currently has a modest wind power capacity of just 3.9MW, recently announced a hugely ambitious plan to install 45GW of offshore wind by 2040 as part of its 2050 carbon neutrality target, with an interim target of 10GW by 2030. The Japanese Wind Power Association is even more bullish, predicting that the country has the perfect island conditions to eventually create more than 500GW of offshore wind capacity – allowing Japan to eventually become a world leader in marine-based energy.

However, unlike Europe and much of the US, Japan has the additional challenge of having to invest heavily in floating platforms, due to its deep coastal waters, and turbines able to withstand typhoons and earthquakes. 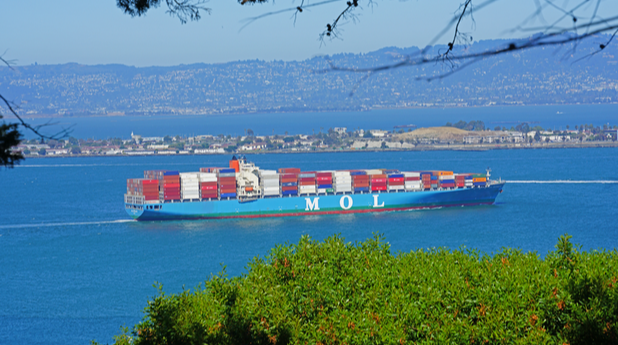 MOL has a long-held commitment to minimise the environmental impact of its commercial activities (Credit: Shutterstock)

At the heart of the project is Bombora’s new mWave wave energy converter. 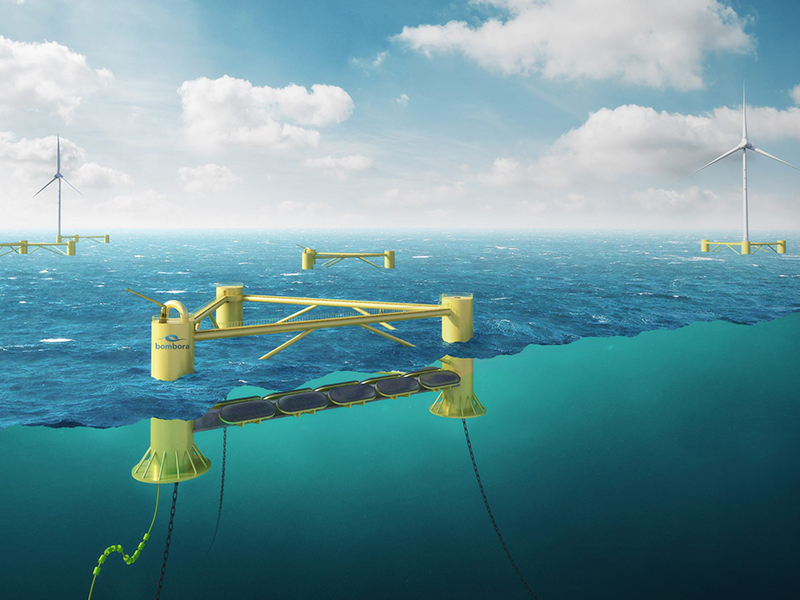 Bombora’s mWave system can be integrated with floating wind turbines

As ocean waves pass over the submerged modular structure, onboard membranes expand and compress, pumping air through a turbine to generate electricity that can then be transferred to shore via submerged cables.

A 1.5MW mWave demonstration installation, located off the Welsh Pembrokeshire coast, is scheduled to begin operating by the middle of 2021.

Watch a video of mWave in action on YouTube.

Tweet
Published in On the radar
Tagged under
More in this category: « Maritime Heritage and Bangladesh Marine Academy Investigating the world’s biggest iceberg »
back to top